The compilation and packaging commands are as follows:

Each time you open a ubuntu terminal, you only need to do the operation of obtaining environment variables and selecting the scheme. When the terminal is compiled multiple times, you do not need to do the first two steps, just make -j* directly.

Flash, means download the compiled and packaged firmware to the device

Allwinner provides developers with a variety of programming methods and tools:

(5) Mass programming and production of storage devices: Use proprietary equipment to program the firmware to unattached storage devices (such as emmc, nand, nor, etc.) in advance, and then mount them on the machine to improve the production efficiency of the equipment. The original factory and Allwinner's custom-made equipment need to be integrated before the storage device, which is suitable for mass production of ultra-large-scale products.

Introduction to the use of PhoenixSuitv

The following mainly introduces the method of programming with PhoenixSuit. The programming methods of LiveSuit and PhoenixUSBpro are similar.

*Enterprise developers will also install the Allwinner USB driver when installing APST, so there is no need to install it separately

Specific steps are as follows:

(1) Open PhoenixSuit, when the device is powered on and plugged into the USB to connect to the PC, PhoenixSuit will prompt to recognize the device;

(2) Click one-key flashing-browse to select the firmware to be burned;

(4) When the device restarts to boot, it will automatically burn and write, you can see the progress bar of PhoenixSuit is moving;

(5) The programming is successful and the device restarts. 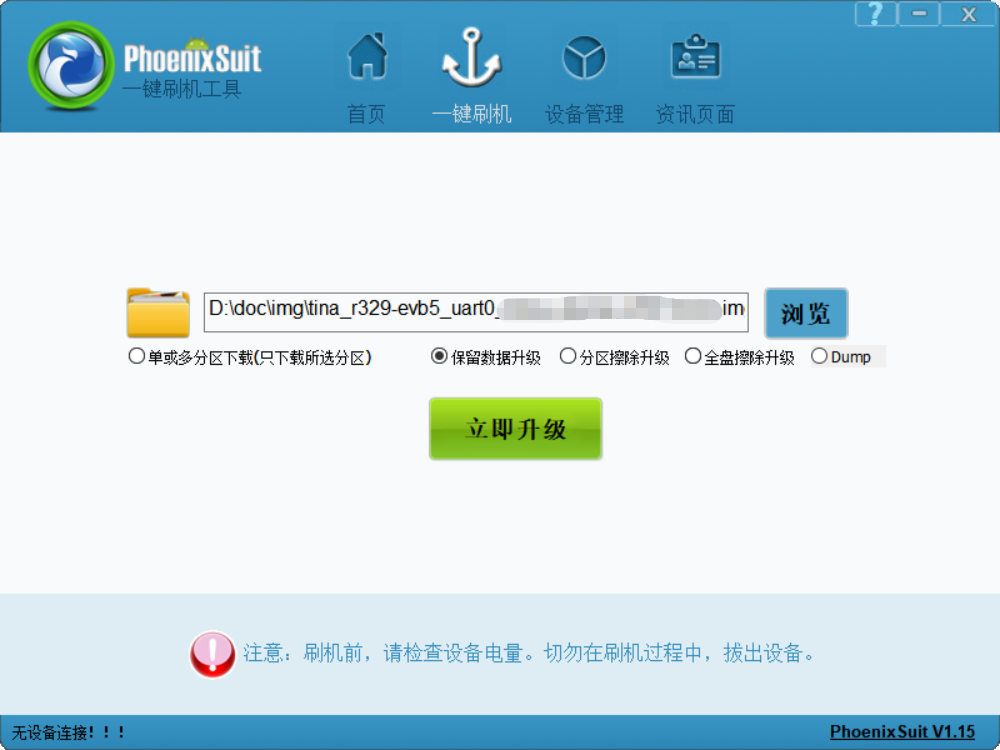 Hold down the Fel button to flash

There is a fel button in the middle of the front of the development board. After the PC opens the programming tool, press and hold the fel button and then plug in the USB to power on. At this time, it will enter the programming mode like an empty device.

*Prompt: When the PC recognizes that the device pops up a prompt, you can release the fel key without having to press it all the time

Flash device which has firmware already

*For the debugging methods of serial port and ADB, please refer to: USB and serial debug

Press and hold the "2" key on the PC keyboard

When the device is is starting, use tweezers or a Dupont cable to short the power supply pins of Nand (the two pins on the lower right foot), so that the device will not be able to detect the existence of Nand during the startup process, and mistakenly think that this is an empty film , In this way, the device will automatically enter the programming mode according to the process of starting the blank film. As shown in the figure: 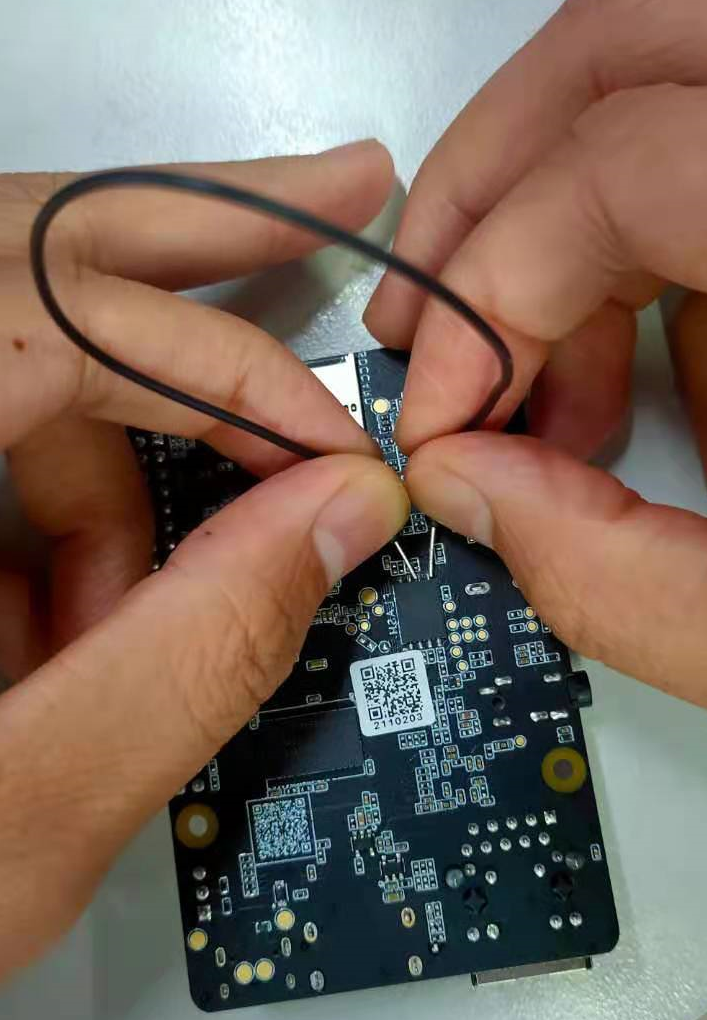 *Prompt: When the PC recognizes the device pops up a prompt, you can loosen the shorted Dupont line without having to keep shorting it